…Maryland was among the nation’s first to move full throttle to implement the Affordable Care Act. The decision puts the state well out ahead in expanding access to some 300,000 people who will qualify for free or subsidized health insurance as of 2014, according to Suzanne Schlattman, Deputy Director for Development and Community Outreach, Maryland Citizens’ Health Initiative Education Fund, Inc. 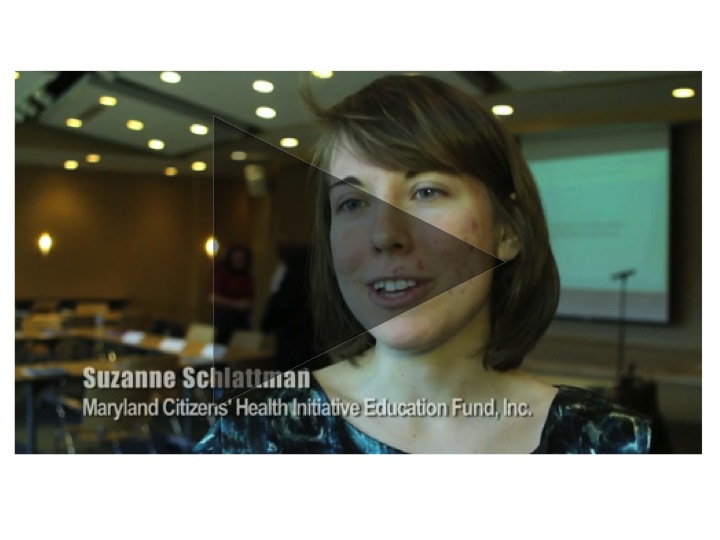 BALTIMORE — As one of America’s top 10 wealthiest states and one that trends heavily Democratic, Maryland was among the nation’s first to move full throttle to implement the Affordable Care Act.

The decision puts the state well out ahead in expanding access to some 300,000 people who will qualify for free or subsidized health insurance as of 2014, according to Suzanne Schlattman, Deputy Director for Development and Community Outreach, Maryland Citizens’ Health Initiative Education Fund, Inc.

First and foremost are those low-income residents who earn up to $15,400 per year (roughly 133% of the federal poverty line) — or a family of four who earn up to $32,000 per year — and will qualify under Medicaid’s expanded eligibility criteria. The covered population includes low-income adults without children, who had previously been excluded by Medicaid’s guidelines.

Another key group of consumers will be eligible to receive federal subsidies to assist in their purchase of health insurance if they have none or if they receive no assistance through their employer.

Altogether, says Schlattman, through the ACA the state will nearly halve its 600,000 to 700,000 who are uninsured in Maryland’s overall population of 5.9 million.

Thanks to a consumer’s bill of rights included in the law, Schlattman says, many residents of the state already have new benefits they haven’t had until the ACA was enacted. Part of the state’s challenge is getting residents to know what those benefits are and how to access them.

So, for example, any new insurance plan issued after ACA was passed on March 23, 2010 cannot deny children benefits because of pre existing health conditions — a benefit that will also apply to adults as of Jan.1 , 2014. Nor can insurers rescind a policy if someone becomes ill.

Consumers also cannot be charged a co-pay by insurers for preventive health care services like vaccinations or cancer screenings. The full menu of what qualifies as a preventive service is determined by the Centers for Disease Control and Prevention Task Force.

ACA also put into place an insurance rebate policy called the 80-20 rule. “If insurers spend less than 80 percent of what you pay them in your monthly premiums on your actual health care, they owe you the difference in a rebate,” Schlattman explained. Since August, 2012, some Maryland health policy holders have been receiving an average of $200 to $300 in rebates from their insurance companies.

And perhaps best known of the benefits — young adults can stay on their parents’ insurance plans until age 26, a year longer than what current Maryland law allows. Now under the ACA, federal employees and the self-insured also will be able to cover their children up to age 26.

Leigh Cobb of Advocates for Children and Youth, pointed out that the law also extends Medicaid coverage to former foster youth up to age 26 with no income restrictions. Thus, beginning in 2014, youth who were enrolled in Medicaid when they aged out of the foster care system will be eligible for health coverage through Medicaid, giving them some parity with those young adults who are currently able to remain on their parents’ plans until age 26.

The ACA provision stipulates that former foster youth who aged out of the system as long ago as 2007 will be eligible for these benefits starting in January—as long as they are still under age 26. Cobb expressed concern, however, that those former foster care youth who have already “aged-out” of foster care may not be aware that he or she can qualify for Medicaid coverage up until age 26. “We really need to reach out to those young adults who don’t know about this program,” Cobb said.

Cobb said another challenge for Maryland is expanding access to oral health care. “Marylanders were initially very excited that pediatric dental care was identified as an ‘essential health benefit’ under the ACA, however, under federal regulations issued by HHS, benefits will not be offered in all qualified health plans, will be priced separately when they are offered, and families will not be required to purchase them”, she said. Since the death of a Prince George’s County 12 year-old six years ago because of an untreated tooth infection, Maryland has become much more focused on the importance of oral health care and has come a long way in making pediatric dental care available through through state programs.

Davis of MHBE, said by ramping up quickly, Maryland qualified for over $157 million in a combination of federal grants that helped fund strategic planning, IT assessment, policy research and recommendations on how to organize and implement an ACA-friendly infrastructure — and a robust engagement of advisory councils representing the state’s business, social, faith-based and health advocacy constituencies.

Maryland Health Benefit Exchange will be open for enrollment as of Oct. 1 — not as an insurance carrier, but as the equivalent of a shopping mall where consumers can shop for and compare the best rates available.

Although people can still purchase insurance through private exchanges, those eligible to receive federal subsidies in purchasing health insurance will have to go through the Exchange. That also applies to small businesses. Schlattman estimates some 66,000 small businesses which employ 50 or fewer employees earning up to 50,000 a year are likely to qualify for a 35 percent tax credit for their insurance plans. That credit will rise to 50 percent in 2014.

Asked by reporters how Maryland’s undocumented immigrants fit into the ACA, panelists said that population would have to continue to rely on fee-based services at federally funded health clinics or emergency rooms. But Maryland, the panelists emphasized, is aggressively devising outreach programs to insure legal immigrant residents can take full advantage of the ACA.