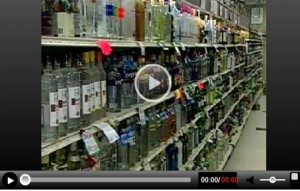 ANNAPOLIS, Md. — A new study released Tuesday shows an increase in the state alcohol tax would save Maryland millions of dollars and would decrease the number of alcohol-related deaths in the state.

Supporters of the tax that will be proposed this session said they want to see a 10 cent per drink tax put in place, but small business owners said it would sink them.

The group announced its support of the plan alongside various state health organizations and the AARP. The tax would be imposed on the wholesale level per gallon at the 10 cent per drink average and would be passed onto business owners, then the consumer.

The estimated $215.6 million in new revenue would be used for various health programs around the state.

The Johns Hopkins School of Public Health, which conducted a study on the tax, said the average drinker would pay an average of $10.80 per year, with heavy drinkers picking up most of it.

“The 25 percent of Marylanders who are the riskiest drinkers and those who report driving after drinking will pay the bulk of the tax,” said Hopkins spokesman David Jernigan.

Polling company Opinion Works also surveyed nearly 700 voters, two-thirds of whom said they would support the measure if the money went toward health and substance abuse issues.

“As a pollster in these times, to see two-thirds of the public support any sort of a tax measure is extremely unusual. We know from our other work that other sorts of tax proposals don’t enjoy this kind of support,” said Steve Raabe of Opinion Works.

“It will raise all the prices of every business like mine in the state of Maryland, instantly making us less competitive with the states around us,” Hyatt said.

According to supporters of the tax, 19 state senators and 56 delegates support the measure.

Businesses are expected to lobby against it.

The state alcohol tax hasn’t been changed in decades.