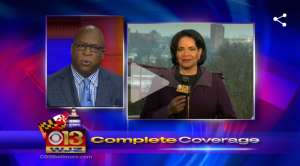 BALTIMORE (WJZ) — Maryland’s sales tax hike on alcohol is paying off, according to a study released on Monday, citing a decline in DUI accidents.Leaders in the 2011 decision to raise the sales tax say the state is healthier because of it.

Leaders in the 2011 decision to raise the sales tax say the state is healthier because of it.

The Maryland Health Care Initiative says it proves what they said all along: the taxes went up, and the accidents came down.

Today’s message is simple: “Alcohol taxes save lives. We said that to the people of Maryland in 2011, when everyone said there was no way we could increase the alcohol tax,” says Vincent DeMarco, with the Maryland Citizens Health Initiative.

The tax went up three percent in 2011, from six to nine percent to mixed reviews.

“Just another way the government trying to get theirs.”
“I’ll budget more for alcohol.”
“People want to drink, smoke — pay for it ”

“We put out the simple message that if you increase the alcohol tax it will reduce underage drinking, drunk driving and other kinds of alcohol abuse and save lives,” says DeMarco.

It has also raised $70 million dollars a year for home-based health care, people with disabilities, and drug and alcohol programs.

“People with disabilities, mental health, and another kind of health care needs. It has been a win-win for the state,’ says DeMarco.

There’s no immediate plan for this group to ask for another increase.

Maryland collects $310 million dollars a year in state taxes on beer, wine, and spirits. The Maryland study is published in the American Journal of Preventive Medicine.