A Maryland health advocacy group is releasing a study on the effects of tax increases on small cigars and smokeless tobacco products. The Maryland Health Care For All Coalition is releasing the study on Wednesday in Baltimore. The tax increases were approved this year. They went into effect in July. The coalition pushed for the tax increases in order to make the products expensive for children. Taxes went from 15 percent of wholesale to 70 percent on “little cigars.” Taxes on smokeless tobacco such as snuff went from 15 percent to 30 percent. 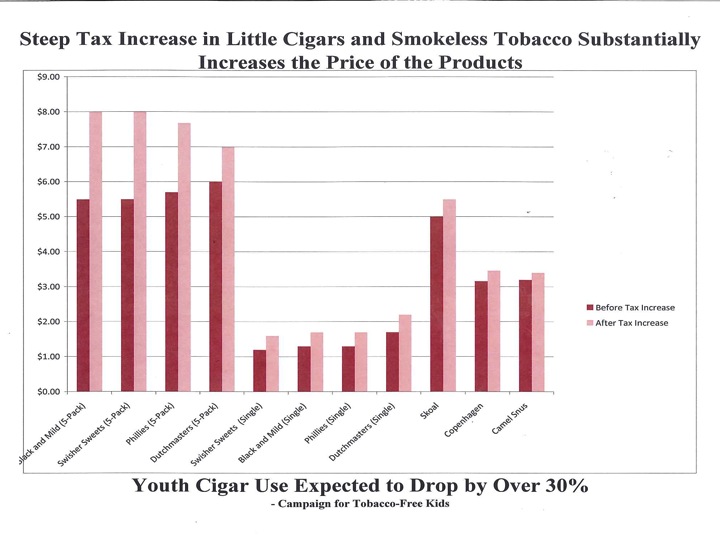