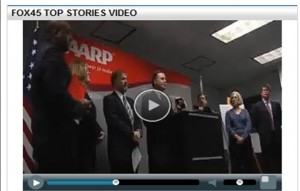 Alcoholic beverages could soon cost more in Maryland if state lawmakers hike up the alcohol tax to generate revenue.

The dime-a-drink tax would be imposed at the wholesale level, but retailers would likely pass on that cost to consumers.

A new study by Johns Hopkins researchers found that the tax would generate more than $215 million for the state.

The study also says the average consumer would pay less than $11 more per year for their consumption of beer, wine and liquor.

But Maryland businesses say the tax hike could hurt sales, especially for retailers in the city who were already hit with a bottle tax last year.